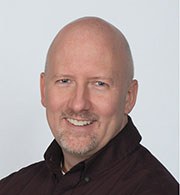 I recently came across a video from Delkin Devices, a manufacturer of SD cards and other memory devices. The Delkin video* shows destructive testing of SD cards using a force gauge. The gauge measures the force applied to the SD card that is supported along the sides of the card. Force is applied until an audible click is heard—the sound indicating a cracking of the IC inside the SD card.

Inspired by the Delkin video, I wanted to see how the Datakey DFX memory token would compare in such a test. The DFX memory token is part of the RUGGEDrive™ line and provides SD card functionality, but utilizes a more robust form factor and construction materials. The table below compares the DFX token to the standard SD card form factor.

Check out the video below to see the results. In the video, we tested SD cards from SanDisk, Samsung and Delkin Devices. Finally, we also tested our DFX RUGGEDrive memory token.

The testing did reveal a surprising result. The surprise was not the fact that the RUGGEDrive token took over 250 pounds of extra force in order to become non-functional. No, it was the fact that the Delkin Devices card required the least amount of force to become non-functional. It was not until we cracked open the SD cards that it became apparent why the Delkin SD card failed before the others. The key lies in how modern SD cards are constructed, which is easy to see when the two halves of the cards are separated. Download the Destructive Testing Video Fact Sheet to see this and get more details on the testing shown in the video.