The company that would later be known as Datakey was incorporated on this date in 1976. The Systems Group, Inc. was founded by Bill Flies and was incorporated on April 27th, 1976. Earlier in his career, Flies noticed coworkers writing passwords on pieces of paper. This was one the inspirations for the invention of the electronic memory key—the Data Key. It would be nearly five years before the first Data Key, the DK1400, was introduced to the market in 1981. This was the same year that IBM introduced the IBM Personal Computer. While there were other solid state memory products on the market in 1981, most were early versions of the smart card. What made the DK1400 Data Key unique was its robust construction, key-shaped design and that it was electronically erasable, so data could be written to it not just once, but up to a million times. The DK1400 had a memory capacity of just 1400 bits. The image shows two DK1400 keys. The silver-colored contacts that are visible on the gray key are actually the pins from the enclosed memory IC’s DIP (dual inline package). Using the IC pins for the key’s contacts was short lived. The successor to the DK1400, the DK1401 used a PCB with gold-plated contacts for a more reliable contact system.

Since the company’s founding 45 years ago, millions of Datakey electronic memory keys and tokens have been produced. They have been used by US presidents and are commonly used as credentials for military cryptographic products in the US and around the world. Datakey products are also used in medical, ag, industrial and commercial applications.

For more information on the early days of Datakey and its founder, Bill Flies, please check out the blog post: “Founder of Datakey, Bill Flies, Dies at 78”. 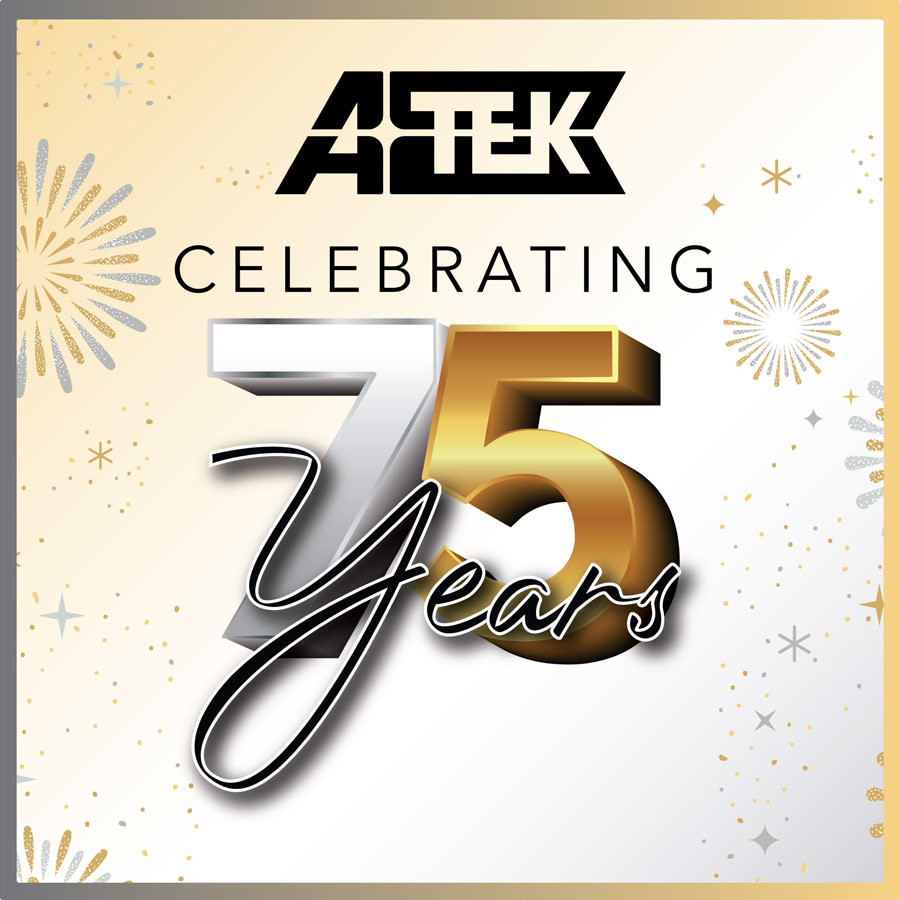 ATEK is celebrating its long history and amazing growth.

Thank you to all of our customers, partners, suppliers and employees who have contributed to our success.